Bubble Tea In The Heartland 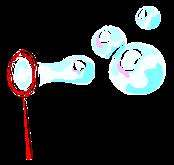 No disrespect to the part of Pennsylvania where I grew up and once again reside, but it's not typically on the cusp of things, culinary or otherwise. So the fact that bubble tea has finally made it to these parts is an indication that it's got a pretty good foothold in these here United States.

I've spotted bubble tea around here at beverage carts in two separate malls. I haven't given it a whirl yet and I've actually only tasted the stuff once, at the aptly named Bubble House in Philadelphia. Given its presence here in the heartland, though, it's obviously a fad that has sunk deep roots.

While we're on the subject of bubble tea, here's an article on a similar item - Hong Kong-style milk tea.