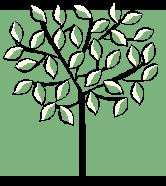 Ah yes, 1006 was a particularly good year for Korean greens, as I recall.

From Donga, a Korean publication, comes a report of a batch of tea that recently sold at auction, tea harvested from a one thousand year old tree. The occasion was the Hadong Wild Tea Culture Festival in Gyeongnam Province - I'm assuming that's in South Korea.

About the tree:
"The tea leaves were picked from a green tea tree owned by the head of the Dosimdawon (green tea farmhouse), Oh Si-young (55). The tree was designated as the 264th South Gyeongsang Province monument. It is 4.2 meters high and 57 centimeters in circumference, and is presumed to be 1,000 years old."

The tree can produce about 200 grams of tea annually, but is not generally harvested for fear of damaging it. The batch - as nearly as I can tell - was 100 grams and sold for 13 million won. According to The Universal Currency Converter, that's $13,666.85, which would be quite a respectable sum even for a pound of the stuff.